Morrells Wood Farm is a family run working beef cattle farm, which includes cows and calves, situated 1 ¼ miles from the village of Leighton in Shropshire.

The farmhouse itself dates back to the 1600’s. John and Jean Harper, both from local Shropshire farming families, purchased the farm in 1958 and farmed it together until Derek left school and joined them. It has always been a working farm but a shadow of what it is today – it even had pigs in the farm garden. In 1958 it was approximately 60 acres, but now is almost 100 acres with the purchase of additional land in 1968 and 1973. The original farm was sold off the Leighton Estate in 1929 and had numerous owners and farm bailiffs until 1958. Sadly, Derek’s father John died suddenly in 2004, then in happier times in September 2012, Derek and Sue got married.

Morrells Wood was originally a dairy farm, with laying hens, sheep and dairy cows until 2000, when the farm stopped selling milk and went into rearing beef cattle.

In 2002 the family started to convert the redundant farm buildings into self-catering holiday accommodation and welcomed their first guests to The Byre in April 2003.

Rickyard Cottage and The Byre were the first to be converted. Rickyard Cottage was previously used as calf boxes for rearing the young calves and the shower room was originally the milk room or dairy. The Byre was used to house nine cows for milking in stalls.

Originally used to store all the corn and feed for the farm animals, The Cornhouse conversion was finished in 2006. The small square ‘window’ in the living room is where the hoper from the feed silo entered into The Cornhouse.

The Dairy was the next barn to be converted in 2009. This had been the ‘modern’ dairy where the bulk tank and milking machines were kept.

The Harper’s commissioned their first two Shepherds Huts in 2012. Each is bespoke to their design specification, inspired by the traditional huts used by shepherds tending to their flocks, especially during lambing season. The first hut was the Shepherds Hut, which although is the smallest, it is actually much larger than traditional converted huts. The Shepherds Retreat received its first visitors at Christmas 2012, and the Shepherds Rest was completed in the summer of 2013. All three were made by a south Shropshire firm to the family’s specification. The Shepherds Lodge is the largest of the huts and was built on site in 2017 by Derek and Allan, a close friend and builder of Derek’s.

The huts have proved a great success, providing visitors with a memorable, cosy and spacious place to stay. They take glamping to the next level – as each has its own dedicated kitchen and shower room facilities and the luxury of a double iron framed bed!

The old cattle shed was converted during the summer of 2015 into The Barn, attaining a 4* star gold status! Luxuriously appointed whilst still retaining its rustic charm, it boasts beautiful views of some of Shropshire’s best loved hills.

At the beginning of 2016, in conjunction with the Wroxeter Hotel, Morrells Wood Farm also started hosting weddings. Our first ever wedding breakfast held at Morrells Wood Farm was on Saturday, 6th August 2016. It was a beautiful reception, and truly memorable, after a lovely wedding ceremony at St Mary’s Church, Leighton. Since then, the farm has hosted many wonderful wedding ceremonies on site, as well as fabulous wedding receptions.

This new and exciting venture into weddings has gone from strength to strength and the farm was delighted to discover that they won the Best Newcomer at the West Midland round of the National Wedding Industry Awards 2016! They subsequently won the Best Events Team in 2017 and were runners up at the National Awards in January 2017 and 2018.

The Harper family look forward to welcoming you to Morrells Wood Farm, their beautiful family home for over sixty years! 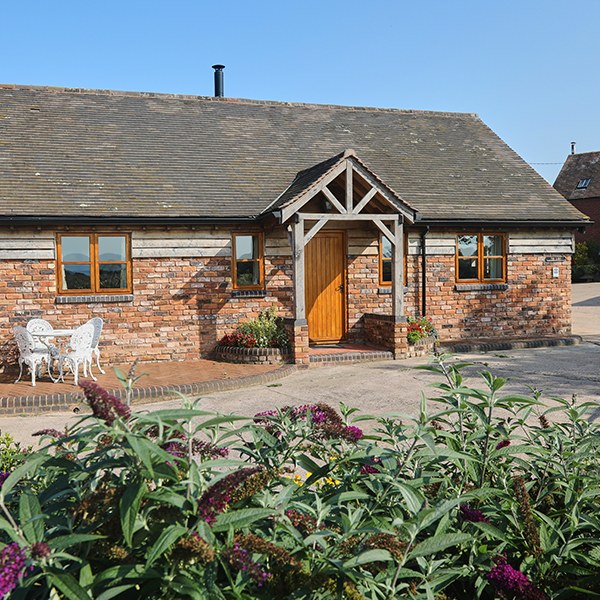 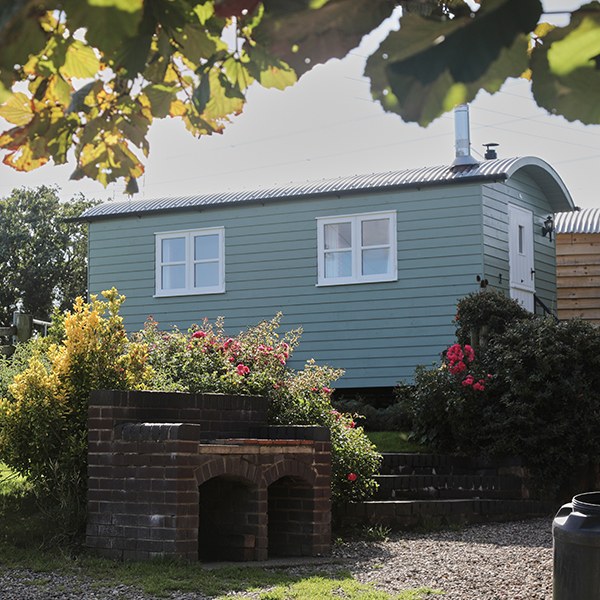 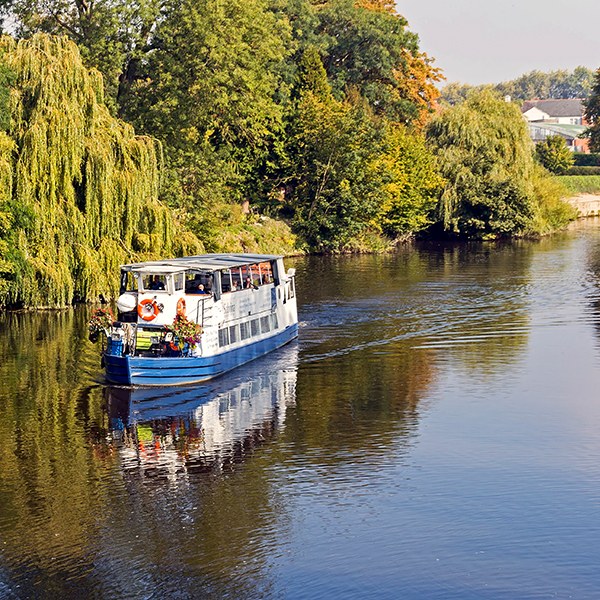 “The best present I’ve ever been given!”

What a lovely little hidden hut Shepherds Rest is!

It was purchased as a night away anniversary present, and I can honestly say it’s the best present I’ve ever been given!

“We wished we had stayed for longer!”

The Shepherds Hut, which is tucked away next to a field with four beautiful cows in it, had everything we needed and wished we had stayed for longer!

The location is superb and is easily accessible, with loads of fabulous places to visit nearby, yet far enough away to be in the middle of nowhere – so much so that you felt you were in another world!

There are endless lovely walks from the property and if you’re lucky enough, you might catch sight of some of the deer in the nearby woods or on The Wrekin hill itself!

“A wonderful rural location to re-charge the batteries”

We made a last-minute booking to stay in the very spacious and well equipped The Byre. The location is very quiet down a long country lane, making it the perfect location to wind down and re-charge the batteries.

It was lovely sitting outside in the evening watching the stars over the Wrekin, whilst watching bats fly past. There are lots of lovely and easily accessible walks, with a number of excellent tourist attractions in this part of Shropshire too!

“Excellent location – so peaceful and picturesque”

Such an excellent location, the property we stayed in was spotless, very comfortable. It’s so peaceful and picturesque, I would certainly stay there again and recommend it to anyone!

“We’ve had the best holiday!”

This was a spontaneous break away from home. It was an area I wasn’t familiar with and it didn’t disappoint!

We stayed in the Shepherds Rest, which was very quaint, comfortable and clean! The owner leaves you to enjoy your holiday but is always on hand if you need any help, and Molly their dog is amazing!

We will definitely be booking again for next year and recommending it to our friends and family.

“The location is excellent!”

In between The Wrekin and the River Severn, at the end of a very quiet lane, Rickyard Cottage was perfect for a short break in Shropshire!

The location is excellent as it offered easy access to Shrewsbury and Ironbridge.

The standard of the accommodation at Morrells Wood Farm is high, and The Byre is particularly spacious! We were given a very warm welcome from both the hosts and Molly the dog!

As this is a working farm, it’s lovely to see the hosts going about their business in this wonderful, peaceful location. Interestingly, whilst isolated, this location is so close to local attractions, so there was no long trek to see what was around.

It’s not often we feel we would return to a property as there are so many others to experience, but we will definitely be returning!

My partner and I stayed in The Dairy, a cottage that is cosy, sweet and very clean.

The surroundings are beautiful, and with so many different walks to go on, the whole experience was just peaceful and relaxing, so much so we didn’t want to leave!

We would definitely recommend this place to anyone – you will not be disappointed!

“We’ve already booked to come back!”

We stayed for a week in The Dairy and couldn’t have been made more welcome by the owners, their dog Molly the collie and a fabulous herd of cows!

In fact, we loved it so much that we have booked to come back again in August and stay at The Byre!